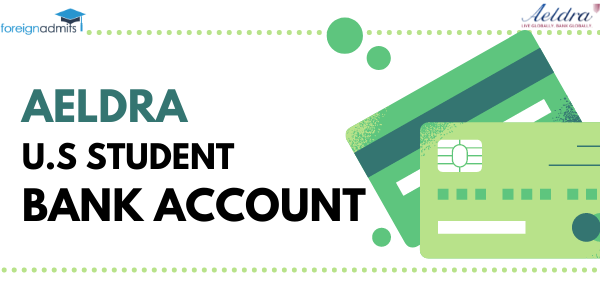 Aeldra Financial, Inc. is a Silicon Valley-based corporation providing access to banking and investment services in partnership with regulated U.S. financial institutions. The Company was incorporated in 2019 and had thousands of customers from the U.S. and overseas, primarily India.

‍Blue Ridge Bank, N.A. (“Blue Ridge”) is Aeldra’s banking partner. Blue Ridge is a U.S. bank headquartered in Virginia and founded in 1893. It is a National Bank regulated by the Office of the Comptroller of the Currency (OCC), an independent bureau within the United States Department of the Treasury. Blue Ridge’s holding company Blue Ridge Bankshares, Inc. is listed on the NYSE as BRBS.

STEM MBA In the USA – A Complete Guide

All Aeldra customers’ funds, i.e., all funds that customers keep in their Aeldra U.S. Student Bank Account, are held by Blue Ridge, a Member of the Federal Deposit Insurance Corporation, a U.S. Government entity. The FDIC – short for Federal Deposit Insurance Corporation – is an independent agency of the United States government that protects against the loss of insured deposits if an FDIC-insured bank fails. It is backed by the full faith and credit of the United States government. Since the FDIC began in 1934, no depositor has ever lost a penny of FDIC-insured funds. All funds in the Aeldra account are insured up to $250,000 per depositor through Blue Ridge.

Aeldra collaborates with Mastercard to provide a Global Debit Card linked to the account with unique benefits for overseas citizens and international travelers.

Aeldra’s three Founders graduated from the Indian Institute of Management, Bangalore in 1999, and have worked across four continents. They have been senior executives in global organizations like McKinsey, Goldman Sachs, Accenture, Infosys, and Cargill.

Aeldra’s CEO, Sukeert Shanker, has led the launch of two new digital banks in the last six years, including Marcus by Goldman Sachs. Before setting up Aeldra, Mr. Shanker was Chief Operating Officer of the Digital Bank of East West Bancorp, Inc., a $45 Billion (Rs. 330,000 Crores) U.S. bank based in Los Angeles and listed on NASDAQ. Anil Kumar N.S., Aeldra’s India M.D., was part of the founding team at UIDAI. The Unique Identification Authority of India (UIDAI) is a statutory authority established by the Government of India to issue Unique Identification numbers (UID), named “Aadhaar,” to all residents of India.

Aeldra’s Mission is to provide customers banking that they can trust. The Founders have experienced the challenges that customers face in cross-border banking first-hand. They are driven by the core belief that customers should not have to jump through hoops or pay fees to access banking services.

Given the complexity of banking regulations within the U.S. and overseas markets like India, Mr. Shanker and Mr. Kumar’s deep expertise in regulatory and compliance aspects of banking is the primary reason Aeldra could create its unique business model.

Traditional U.S. banks like Bank of America and Chase offer student bank accounts that typically incur fees and offer little to no benefits to student customers. Usually, conventional U.S. student bank accounts have an account opening fee of $25 and a monthly fee of up to $6. Besides, they would also provide Overdraft facilities, allowing students to dip into credit on their bank accounts by negative balance. However, these banks also impose a fee of up to $35 on each overdraft availed.

Student bank accounts offered by traditional U.S. banks are plain vanilla accounts that do not bear any interest. These banks also impose a flat fee of upwards of $15 on each incoming international wire transfer into the account. Suppose students attempt to use their conventional student bank accounts outside the U.S. In that case, they are typically charged a foreign currency markup of up to 4% on each transaction (similar markup to Forex cards issued by Indian banks). Additionally, students attempting to use traditional U.S. bank debit cards at non-bank ATMs are charged a flat fee of $2.50 per transaction.

In contrast, Aeldra U.S. Student Bank Account has zero fees for students – there is no account opening or monthly fee and no minimum balance requirement. Aeldra also does not have any Overdraft fees and pays interest up to 2.02% APY* on student bank accounts instead. Incoming international wire transfers are free of charge at Aeldra – there are also no limits on the frequency or value of such transactions. Additionally, one can use the Aeldra Global Mastercard debit card outside the U.S. with zero foreign currency markup fees. Students can also use any Mastercard, Maestro or Cirrus branded ATM without incurring any costs.

An Indian student can save up to $500 per year with an Aeldra U.S. Student Bank Account. This is in contrast to a traditional U.S. bank account, given the above differences.

How does Aeldra offer zero fees on U.S. banking?

Aeldra Quantum accounts are interest bearing as per the following schedule:

*APY stands for Annual Percentage Yield. It may be higher than the annual interest rate quoted as it takes into consideration monthly compounding.

Aeldra will disclose interest accrued on account deposits in monthly statements. Interest accrued in each month is paid out at the beginning of each subsequent month.

Cost Of Living In the USA For Indian Students

Following the Reserve Bank of India (RBI) Liberalised Remittance Scheme (LRS), students and/or their parents can fund their Aeldra U.S. Student Bank Account from an Indian bank account via the SWIFT mechanism for international transfers. Detailed steps for account funding, along with an explainer video, are posted on the Aeldra website and in-app FAQs.

Q1. Who is eligible to establish an account with Aeldra?

Ans. People in the following groups can now register for an Aeldra account:

Q2. Is it possible for F1 students to get a bank account?

Ans. Applicants with an F1 visa can create a bank account in the United States. Banks will need I-20, passport, and some other papers.

ForeignAdmits have a team of experienced counsellors. We can provide you with customized guidance based on your individual needs contact us today to get started. We look forward to helping you achieve your educational and career goals!