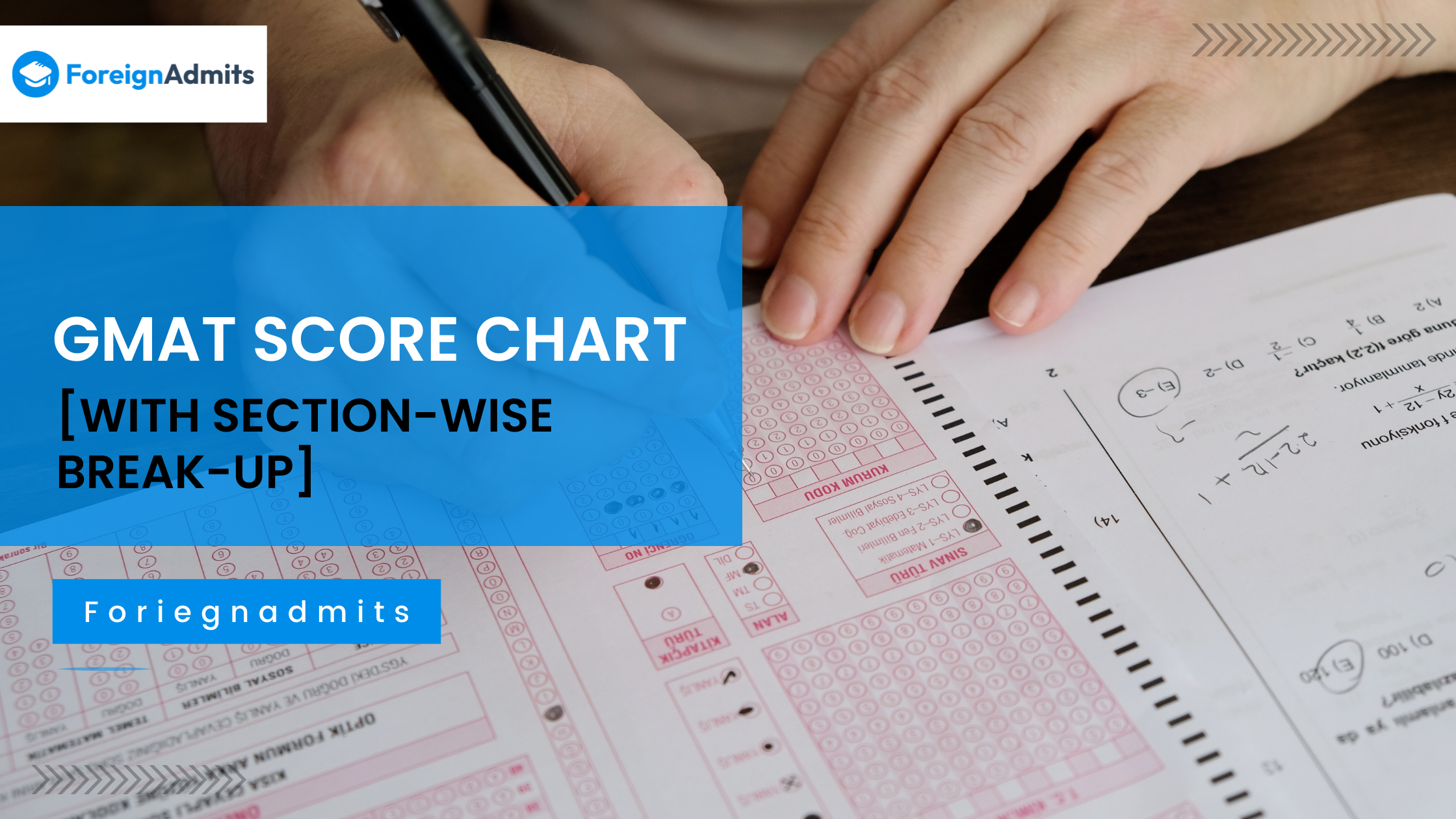 What is the GMAT?

The Graduate Management Admission Test is a competitive exam held worldwide to gain admission into management courses like MBA in some of the world’s top institutions. While a lot of study material is available for the GMAT preparation, little is known about the GMAT Score Chart. This is a part that all students should know before they appear for this particular exam.

GMAT is considered one of the most competitive exams in this sector, which tests candidates on various platforms like verbal reasoning, analytical writing, quantitative aptitude and integrated reasoning.

It requires knowledge of specific grammar and algebra, geometry, and arithmetic.

According to the test-owning company, the Graduate Management Admission Council (GMAC), the GMAT assesses analytical writing and problem-solving abilities. It also addresses data sufficiency, logic, and critical reasoning skills that it believes to be vital to real-world business and management success.

One can take it up to five times a year but no more than eight times total. Attempts must be at least 16 days apart.

What is the scoring process of the GMAT?

The total GMAT Score Chart ranges from 200 to 800 and measures performance on the quantitative and verbal sections together (performance on the AWA and IR sections do not count toward the total score, the test scores those sections separately).

At the end of the exam, the system shows an unofficial preview of the GMAT score earned to the test taker, who then has two minutes to decide whether to keep or cancel the test centre score. A test taker can also cancel a score online within 72 hours after the scheduled exam start time. One can reinstate a cancelled score for four years and 11 months after the test’s date for a fee of $50.

What is the GMAT exam structure?

The GMAT has four sections:

Below we have the section-wise marking and scoring scheme of the GMAT that you must know before appearing in the exam.

The AWA score is based on the Analyse an Argument essay. The essay is independently scored by a specially designed computer software and a human, with the two scores then being averaged into your final AWA score. Scores for the AWA range from 0 to 6 (in half-point intervals).

If the two ratings differ by more than one point, an expert (human) gives the third evaluation. Trained college and university faculty members who look at the following:

The human checkers are sensitive and fair when marking the responses of those whose first language is not English.

As human checkers do the AWA grading, students cannot see their AWA scores on the same day they take the test. They receive a GMAT Score Chart that includes their AWA score via regular mail around two weeks after taking their test.

Tips for GRE and GMAT Preparation

IR scores range from 1 to 8 (in one-point intervals).

Most Integrated Reasoning questions contain more than one part, and you need to answer all aspects of a problem correctly to get points for that question.

As with the AWA, students cannot see their IR scores on the same day they take the test. They receive a GMAT score report that includes their IR score via regular mail around two weeks after taking their test.

Out of the 12 questions in the Integrated Reasoning section, up to 3 are experimental questions, which are not factored into your total IR score. However, as there is no way to tell which questions are empirical, you should put your best effort into all questions.

Like the other sections, your final IR score is not the number of correctly answered questions but rather a number from 1-8, which considers your overall question profile.

So, for example, if you answered 7 out of 9 non-experimental questions correctly, then while your raw score would be 7, your scaled score would likely be 6 or 7, depending on the difficulty of these specific questions.

The Total GMAT Score Chart is calculated from both the Quantitative and the Verbal scores and ranges from 200 to 800.

We will first describe these two sections and then describe how they combine into the final score.

The Verbal and Quantitative sections are each scored separately, with scaled scores ranging from 0 to 60. Since they measure different elements, one should not compare these scores to each other. Instead, one should view each independently, and in fact, each has its own percentile distribution.

In practice, what this means is that when considering what target Verbal and Quant scores to aim for, you should also consider their percentiles – for most people achieving a 46 on Quant is far more comfortable than earning a 46 on Verbal.

GRE vs GMAT – A Comparative Analysis

We have answered some questions related to GMAT and its scores which will clear all your doubts.

Q1. What is a Good GMAT Score?

Ans. A good GMAT score is over 640 (around the 70th percentile), and an excellent score is 700+ (around the 90th percentile). The average scores for students admitted to the 50 top ranking MBA programs are around 660 – you can find this kind of information for a particular school on their admissions page.

Q2. Which factors influence the scores?

Ans. Scores are based on three main factors:

Q3. How long is the GMAT score valid?

Ans. The GMAT score is valid for five years from the date of taking the test.

We truly hope we were able to resolve any queries you might have had.