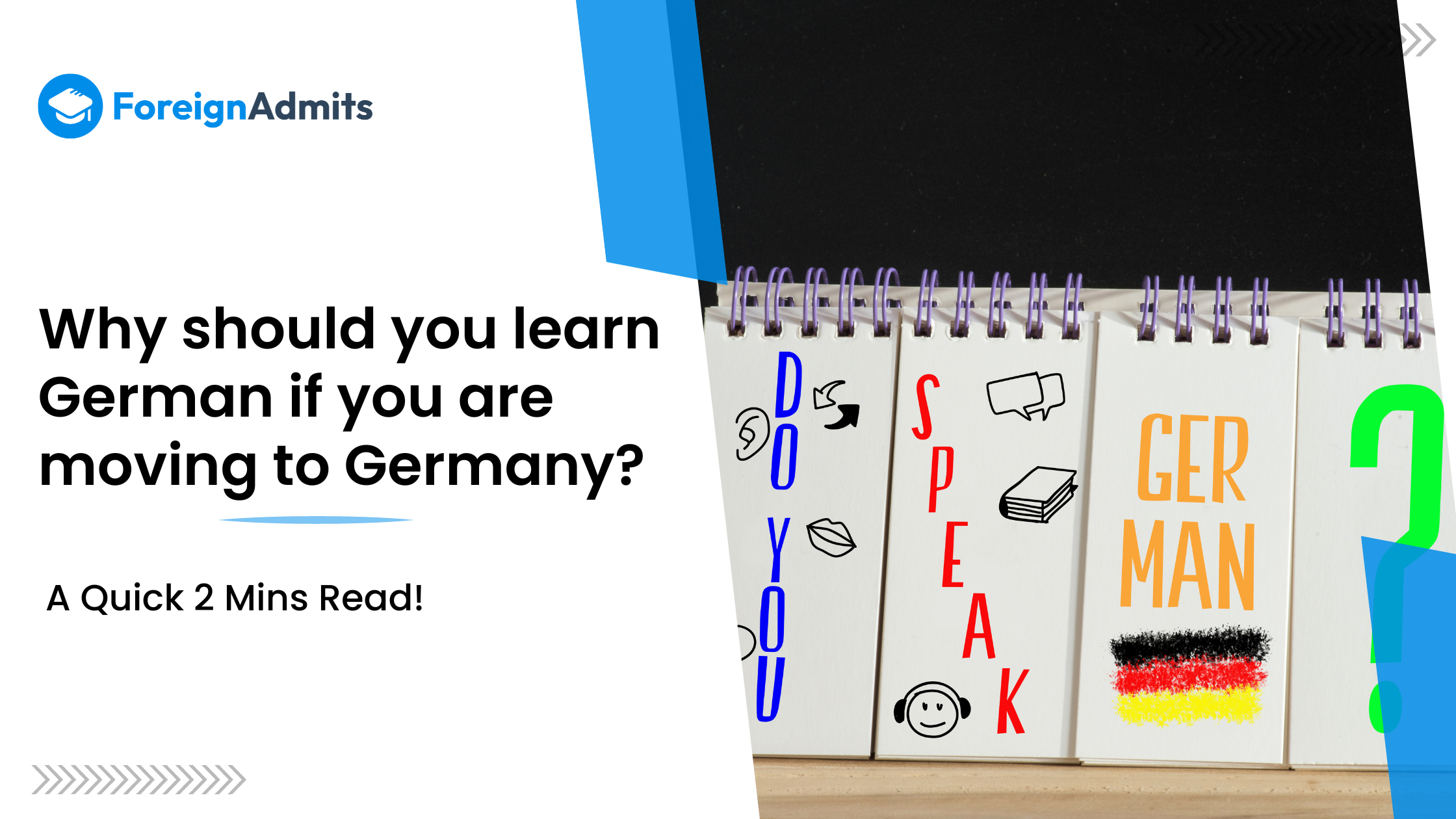 Why should you learn German if you are moving to Germany? A Quick 2 Min Read

How important is it to learn German if you are moving to Germany? Well, the answer is ‘very’. Unlike other foreign countries, Germany takes their native language rather seriously. Almost all the jobs in Germany have the mandate to learn German at least till B1 level. Well, there are exceptions if you are in the IT field wherein learning the language is secondary. Although living in Germany without learning at least conversational German can make your life tougher.

What are the opportunities?

There are a number of Engineering and Marketing jobs that have recently opened up in different parts of Germany. There is also a huge demand for healthcare professionals. With the declining workforce, like in other European nations, these are golden opportunities for people from countries like India to move and settle in Germany. Most of these companies expect the candidates to learn German. Except for a few major cities like Berlin and Munich, you don’t find English-speaking populations in other cities. To make things even worse, all the official documents in Germany are in German.

Completing up to a B2 level of German can help you get admission in the open universities of Germany, where you can learn free of cost. The whole syllabus would be in German. Learning German would also open up opportunities for you in countries like Switzerland and Austria as German is widely spoken in these countries.

Learning German- a blessing in disguise?

So, there are two ways of looking at the present scenario. You can cry over the fact that you need to learn German for almost everything in Germany or you can treat this as a wonderful opportunity. Learning and being well-versed with German can directly act as a key to be successful in Germany. Master the language and success follow you . The same cannot be told for many other countries. The more effort you put into clearing different levels of German and start speaking like a native, the chances for you to outshine others in different fields in Germany is high.

German language learning in an online institution that can help you out to fulfill your dreams!

You can learn German in an online institution like Multbhashi. Multibhashi is an institution that ranks high among many German training institutions. You can search for the customer review to get a gist of its success. The institute provides German language classes at a budget-friendly cost to make you fluent in German. Here’s where you can initiate your first contact to take a demo or know more or to start learning German with Multibhashi classes!