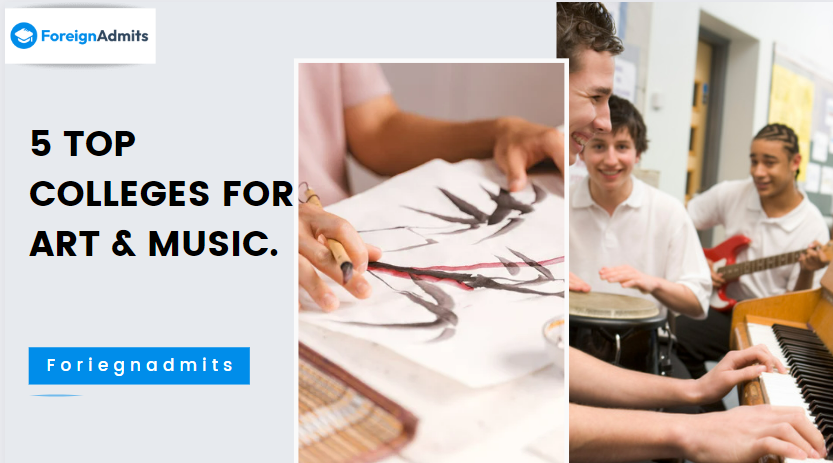 Over the course of time, plenty of students are actively following their hearts and breaking away from the traditional bondages. Years back, the only profession or career options students chose out of following the herd was either to become a Doctor or an Engineer. There was little to no awareness about the ocean of career opportunities available with particular Colleges.

But with increasing realization, students have now set themselves free from the limiting cages and are now all around the place, exploring and finding their true passion.

One such unconventional path for many is the field of Fine Arts & Music. For ages, art and music have thrived in our society. It has become a peerless part of our lives. Here in this blog, we have 5 top colleges which you can choose to become the alchemist of your dreams.

One of the top conservatoires in the world, the Royal College of Music (RCM) prepares talented musicians from all across the world for careers as performers, conductors, and composers on a global scale.

The RCM of the twenty-first century is a thriving community of talented and receptive musicians, with 750 students studying at the undergraduate, master’s, or doctoral level from more than 60 countries.

One of the biggest and best-known colleges in the world with a focus on the performing arts, music, theatre, and film—is the University of Music and Performing Arts Vienna. Since 1817, the art school has been a pioneer in the study of music and other performing fine arts, as well as related academic disciplines. Currently, the university trains over 3,000 students from more than 70 countries in 105 degree programmes and 68 supplementary programmes that are administered by 24 departments.

The Juilliard School’s aim is to give talented musicians, dancers, and actors from all over the world the best grade artistic education possible in order for them to realise their full potential as creatives, fashion leaders, and citizens of the world.

As the Institute of Musical Art, Juilliard was established in 1905 by Dr. Frank Damrosch, Franz Liszt’s godson and the administrator of music instruction in the city’s public schools.

One of the best universities in Paris, France is the Conservatoire national supérieur de musique et de danse de Paris (CNSMDP). According to QS WUR Ranking By Subject 2022, it is placed 4 in art schools.

Scotland’s premier institution for training in performing and producing arts is the Royal Conservatoire. To prepare the next generation of professionals for the global workplace, they offer specialized colleges for vocational education in dance, fashion, drama, music, production, and film.

1.Which country is best for studying music?

2. Which country has best music in Asia?

3. Which country is best for art career?

We also organize free webinars for students who are willing to pursue their higher education abroad. The webinars help them choose the right course and university which suites them the most! Or you might just want to connect with our counsellor directly.