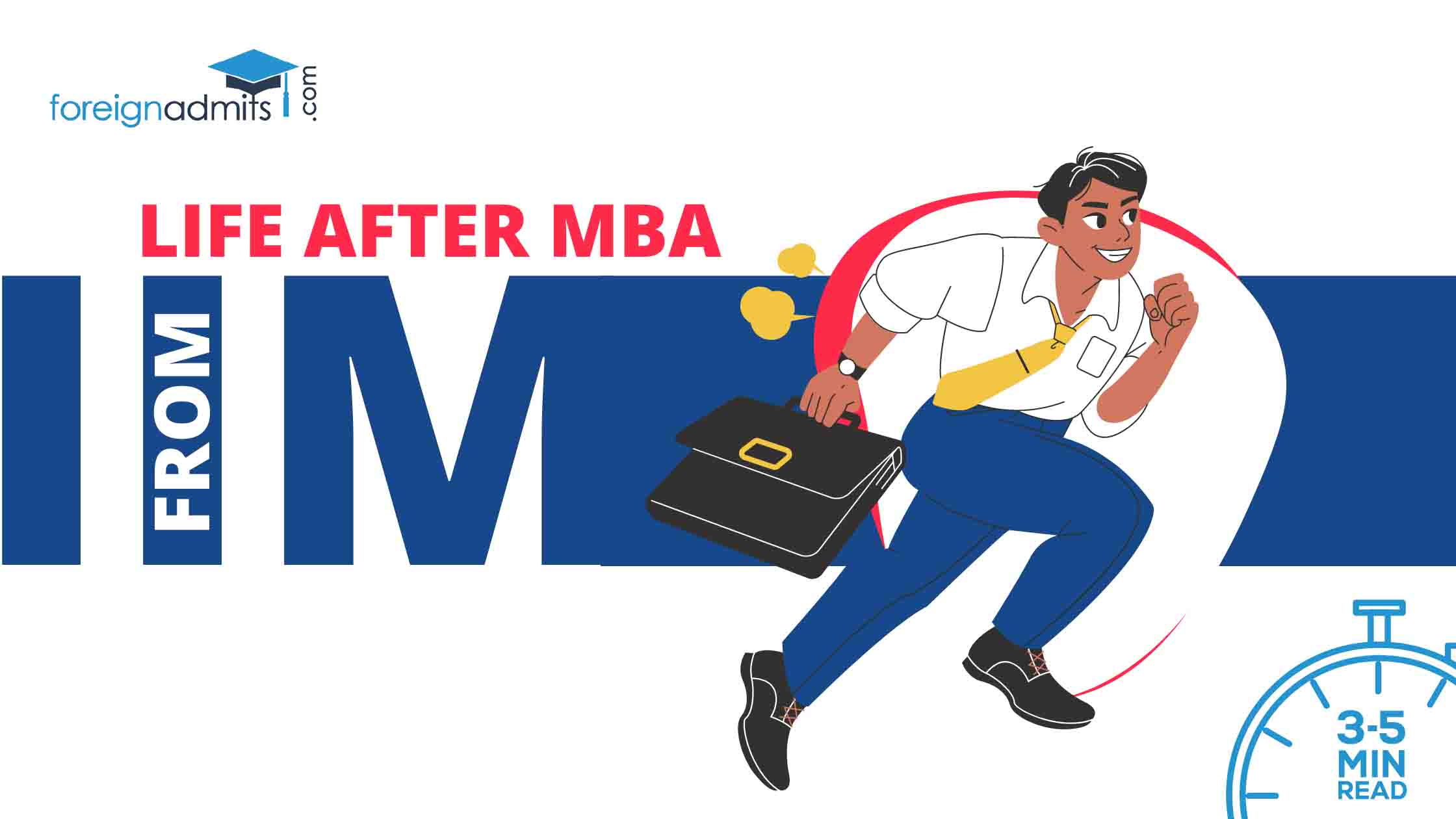 For many students, the MBA at IIMs is hope. But they barely realise what awaits them once they reach a B-school campus. Only a few know the possibilities and obstacles that await them in life after MBA from IIM.

Many times, after finishing their MBA, students are not aware of what they want to do. However, after stepping out of a B-school, most of them have a vague notion about their wishes. For a student life after MBA from IIM may be looking for a decent job, outstanding jobs, high pay, and being posted outside of India and being introduced to the global market scenario. So, these are the simple requirements that students have when they enter a B-school. And these standards are satisfied, to a degree, by successful placements provided to students by top MBA colleges in India.

After completing five or six years of their corporate life, a few students with whom the continuity of thinking for their future and what they want to do after completing their MBA are reached. This is when they have paid their dues and have already raised some funds to start dreaming about launching their own projects. When they start dreaming about becoming an entrepreneur, now is the moment.

Another set of individuals believe they want to enter academia after ending their five or six years of corporate life. This is when they return to their respective mentors for advice on entering international universities to finish their doctoral studies and becoming professors, not just in Indian B-schools, but also abroad.

At present, what management graduates do after completing their MBA often relies on the ethos of their respective B-schools that is prevalent. IIM Calcutta has a tradition that promotes a lot of activities to be done by its students. For example, one IIM Calcutta alumnus, VinayakLohani, is currently running an ashram near the institute for orphans. Similarly, Mali MastanBabu, another famous IIM Calcutta alumnus, was a renowned mountaineer who distinguished himself from all the country’s seven highest peaks. He took on the task of supporting many Mt Kilimanjaro summit teams. Another example is the former president of the student council at IIM Calcutta, Deepak Dhamija. He currently runs a famous theatre group in Delhi.

So, just because a B-school graduate doesn’t mean that their career opportunities, life after MBA from IIM, are limited to the business world or corporate life. B-schools such as IIM Calcutta also develop students who try and succeed in lesser-known career choices. During your MBA, the skills and resources you learn help to succeed with whatever career option you select.

Salary after MBA from IIM

IIM placements are typically performed for the PGP batch every year from December-February. The average salary package given to top IIM applicants ranges from Rs 20-25 lakh per year, while salary packages for younger IIMs vary from Rs 10-20 lakh per year. At the top IIMs, the highest pay deal – A, B, C has seen Rs 70 lakh to Rs 1 crore being offered as CTC. Rs 60 lakh and above are the international wage packages available.

Is MBA required for Business?

However, the overall wage offer has not improved much since 2019. For the highest domestic CTC and average CTC given across multiple IIM campuses, see the table below. Data is taken from the most recently available final placement reports.

Government employment after an MBA from IIM

The table below displays the highest CTC given by international/international organisations at some of the most popular IIMs. The data were taken from the final 2021 selection reports.

Explore More: What is the Right Time for Pursuing MBA?

Ans. In comparison to graduate students from other institutions and graduates from diverse subject areas, an IIM graduate’s income is significantly higher. Graduates with 3 to 5 years of professional experience generate roughly 50 lakh INR, that is more than double their income within only two years.

Q2. Is getting an MBA degree from IIM worthwhile?

Ans. Yes, an MBA from IIM is good investment of roughly 15-16 lakhs. They have successful reputation and are routinely ranked among the best business schools in the world. Over the decades, IIM placements have been excellent.

Q3. Is studying at IIM difficult?

Lifestyle at the IIM faculty is never uninteresting. It’s chaotic, hectic, and exhausting. You will meet difficulties, and you will strive to manage them. And this is how individuals are trained to be a very professional and structured person in your daily life.