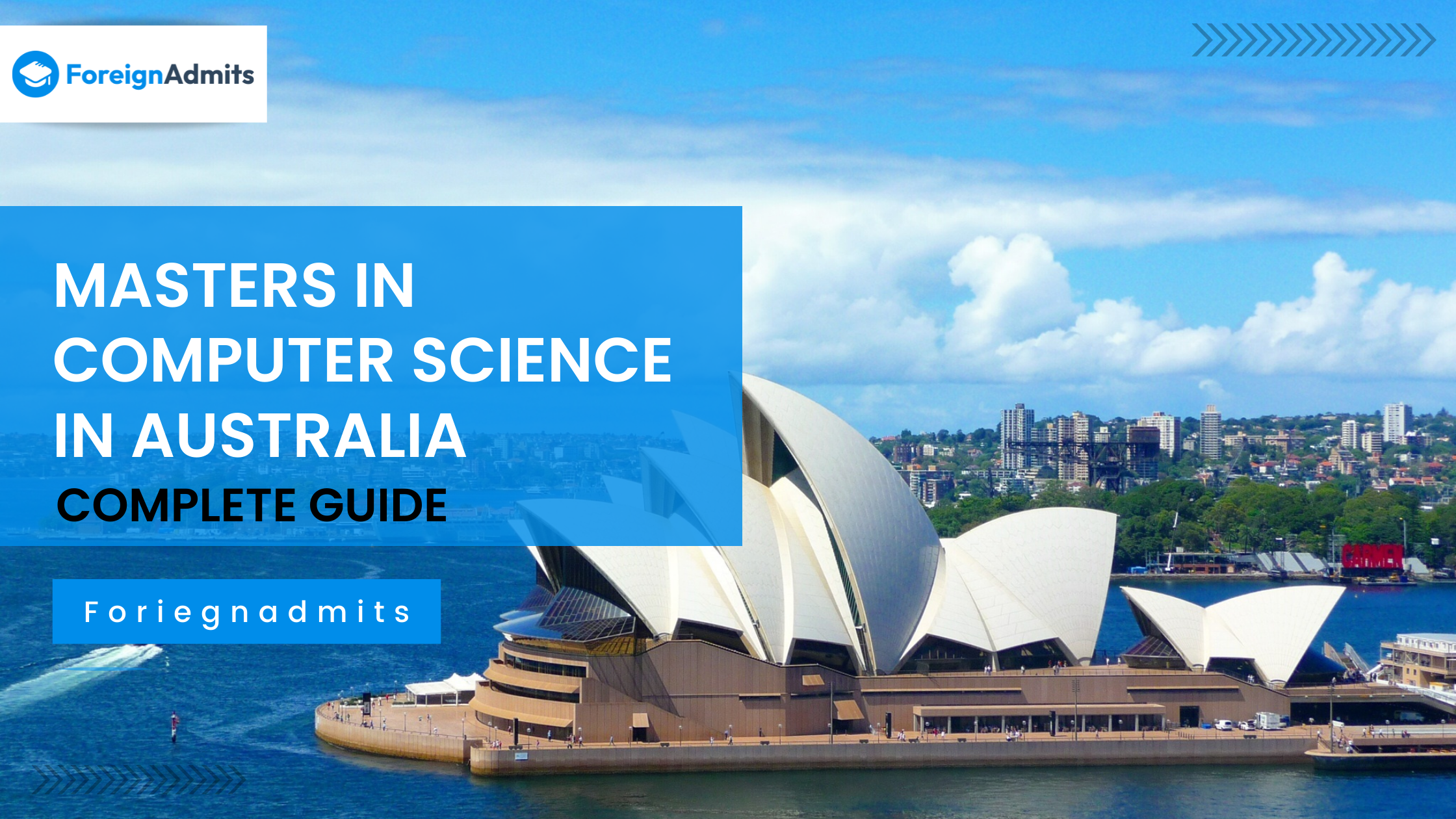 Australia is a land of sprawling grasslands and thriving fauna such as kangaroos and koalas. But on the flip side, there is one aspect of Australia that not many people know of. The education industry in Australia is booming and how! Every year, hundreds and thousands of international students travel to Australia for higher education. Students tend to prefer Australia because of its friendly and laid back nature. Moreover, Australia’s excellent education system, coupled with the high living standard, attracts international students worldwide. Thus, if you are wondering how to study in Australia, here’s your complete guide on Masters In Computer Science In Australia.

Masters in Computer Science in USA

Why Study Masters In Computer Science?

Several career options are waiting for you after you complete your Master’s degree in Computer Science. For example, you can become a software developer, web developer, database administrator, IT manager or Information Security Analyst. Additionally, these jobs in the field of Computer Science are enriching. Reports reveal that an IT person earns 90,000 USD on average in the US.

Why Study Masters In Computer Science In Australia?

There are several reasons for you to study in Australia. Several studies reveal why international students so prefer Australia. Out of the many reasons, here are a few reasons we have handpicked for you –

Over the years, Australia has slowly gained the attention it much deserves. Did you know that Australia is the 3rd country after the US and UK house the maximum number of English speaking international students?

To begin with, the Australian institutes of higher education have made a name for themselves. The colleges/universities in Australia are highly sought after and are recognised on a global level.

Australian universities are known to provide quality education. The Australian Quality Assurance Framework is responsible for imparting knowledge of the highest standard. Additionally, the Education Services for Overseas Students is responsible for the security of international students.

The educational institutes offer a variety of degree courses. International students can choose a degree course of their liking from their preferred universities. Additionally, several vocational courses are also available for students. Such courses are available at the RTOs (registered training organisations) and TAFE (Technical and Further Education) institutes in Australia.

One of the most significant advantages of studying in Australia is the ability to work. Every student studying in Australia can work up to 20 hours per week. Thus, by working, students can meet their living expense in Australia. Moreover, after you graduate, you will have profuse career options to choose from. For example, industries such as management, law, healthcare, education and civil have huge openings.

Australia has become a place of confluence for several cultures and religions. Thus, Australia is as diverse as it gets. Nearly people from more than 200 countries reside, work and study in Australia. Moreover, the natives of Australia are welcoming to international students.

Top Universities For Masters In Computer Science In Australia

The Monash University was established in the year 1958 and is named after World War 1 General Sir John Monash. It is the second oldest university in Victoria, Australia. It is a renowned public research university near Melbourne. Additionally, the university has four campuses in Victoria and one campus in Malaysia. The university ranks #55 in the QS World University Rankings.

The University of New South Wales is a renowned public research university located in Sydney, Australia. It was established in the year 1949 and is well known for its research opportunities. Lastly, the university has secured a rank #44 in the QS World University Rankings.

The Australian National University is one of the best universities to study in Australia. They were founded in the year 1946 with a law facility. The university further ranks #31 in the QS World University Rankings. It is located in the capital of Australia, Canberra. Moreover, the university’s main campus is in Acton, consisting of seven research and teaching institutes.

Hence, we hope you had a good read. Tell us what you think in the comments.

Further, ForeignAdmits provides you with world-class mentors and counsellors from around the globe. Make full use of the opportunities coming your way and contact our mentors for expert opinion and professional help.