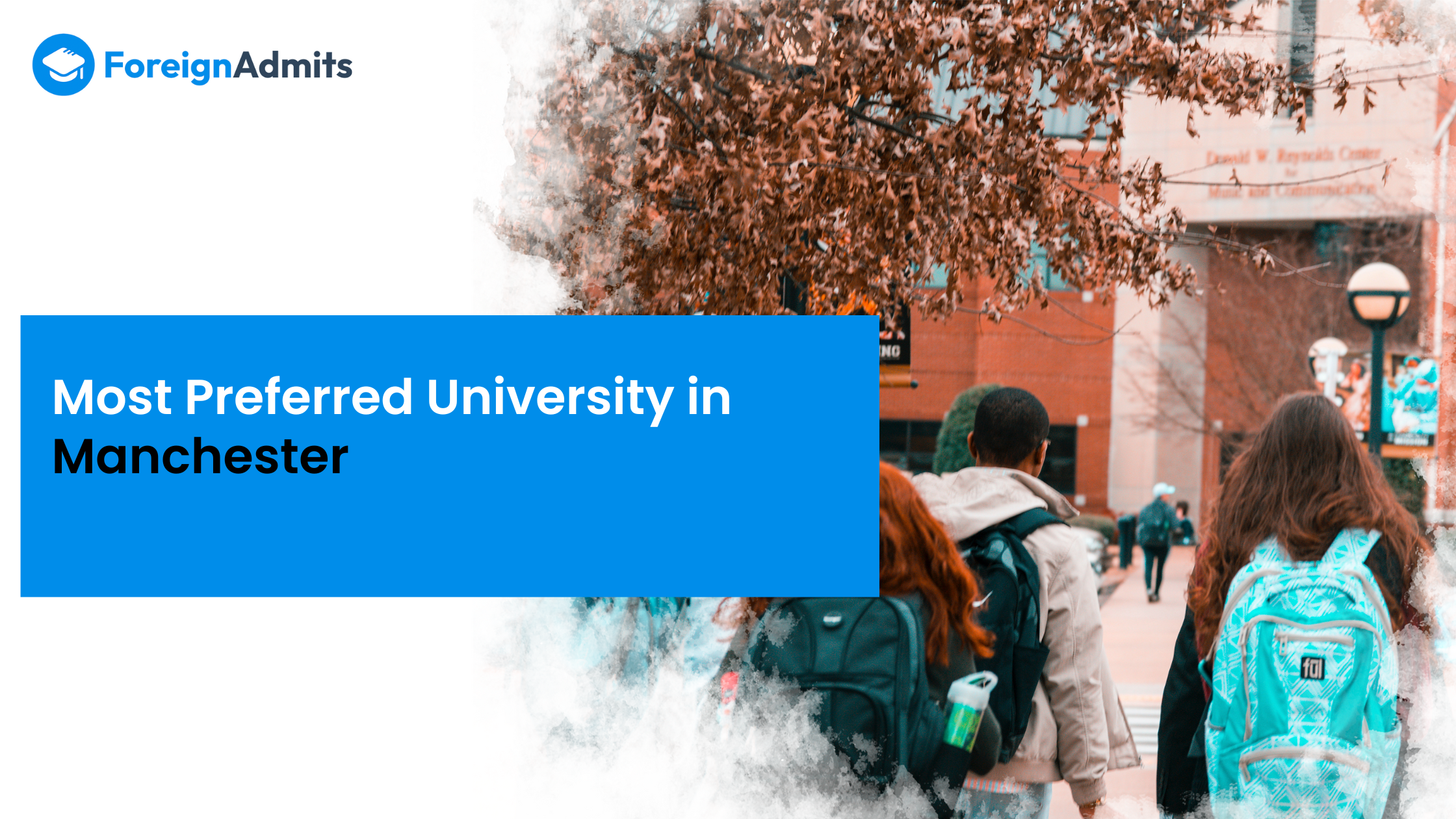 Everyone can find something to enjoy in Manchester, the UK’s Most Liveable City (The Economist, 2019). From rustic to sophisticated, there is a vast variety of art, music, sport, and culture on offer. With a GDP of £62.8 billion, Manchester has the largest economy in the UK outside of London (GVA). Due to its strength, it enjoys a fantastic reputation among foreign students seeking to study in the UK.

University in Manchester are specialised information hubs and world-class research centres. With 25 Nobel Laureates, this region’s universities have a distinguished academic history and are home to numerous internationally recognised researchers and professors. So let’s talk about the main universities in Manchester and their distinctive characteristics.

Most preferred universities in New York.

Why Go to Manchester to Study?

Manchester has moved up one spot to take 30th place in the QS Best Student Cities 2022 list. Manchester is a great place to study because, in addition to music venues, sports, and an incredible nightlife, it offers the following benefits:

One of the busiest highways in Europe, Oxford Road, is home to the Magic buses, which are a frequent feature of Manchester. By train, this city can be reached from London in about two hours. The tram network, on the other hand, is continuously growing, making it simpler for students to arrive at their universities in Manchester on time.

Manchester is also known for its monsoons, yet the locals’ celebrations are unaffected by the clouds. A “Pride festival” exists and is well known for promoting the LGBTQ+ community. The Manchester International Festival is another event where top artists exhibit their finest work. Students from both home and abroad participate in festivals like Parklife and Sounds of the City.

Mancunians are always prepared to meet the needs of the city’s large population of international students. The students can sample several cuisines without breaking the bank. The city is filled with street markets, and the students get the best deals there. In Manchester, United Kingdom, there are several districts that are only home to universities, such as Oxford Road, where Fallowfield is located.

What Kinds Of University Are There In Manchester City?

Manchester, United Kingdom, has both public and private universities. Look down below.

Top institutions in Manchester enrol more than 104,000 students, and they produce 40,000 excellent graduates a year. Top colleges to think about for international students include:

The University of Manchester

The University of Salford.

1. In Manchester, how many universities are there?

2. What is the cost of living in Manchester for Indian students?

Depending on their lifestyle and other significant considerations, Indian students may have to pay between £500 and £700 per month to live in Manchester City.

3. Which Manchester institution is the best for foreign students?

The University of Manchester has climbed to the 27th spot in the QS World University Rankings 2022, the highest ranking of all the institutions.

4. Do foreign students receive financial aid for their studies in Manchester?

Yes, meritorious local and international students can get scholarships from Manchester public university.

Ans. International students can work in Manchester City and make close to £17.97 per hour, thus the answer is yes.

6. What is a foreign exchange transaction?

Remittance (often spelled remit) means “to send back.” It speaks of a sum of money sent or transferred from one party to another, typically across international borders. With our remittance service, parents and guardians can easily send money to their children who are studying abroad.

That was it for the Manchester university. Once you have completed all admissions criteria, you should begin preparing for various examinations as well as working on your SOP and LOR to put yourself ahead of the competition. To learn more about how to apply to reputable universities in Manchester. Please get connected with ForeignAdmits.

ForeignAdmits is a one stop place for all study abroad aspirants who seek guidance and mentorship for their higher education dreams. We are a mentor driven and student focused startup with the aim of revolutionizing the study abroad space with a bias free approach. Our team can help you from your counselling and university applications to all top universities across the globe to helping you resolve your accommodation queries by giving you the best of results / options available.