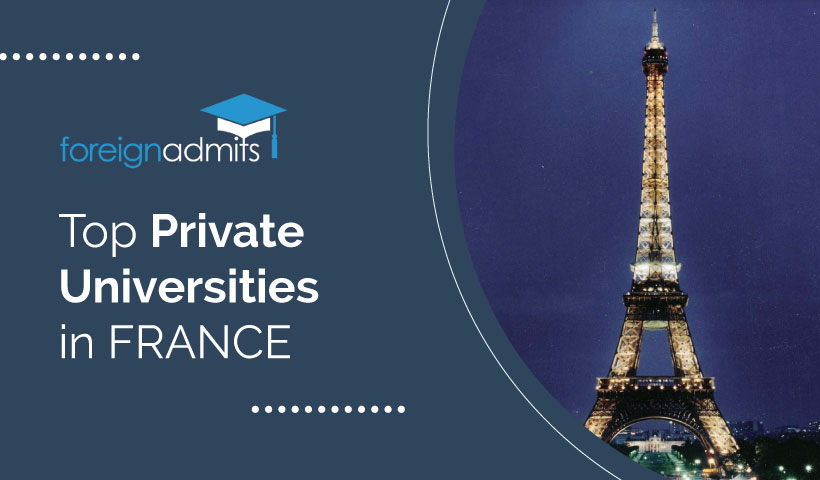 France is a dream destination for students who opt for higher education. It’s because universities in France have a thoughtful and ingenious approach to attracting new students. That’s the foremost reason why universities in France are ranked within the world’s top 300. The qualification to be within the top 300 consists of several reasons, which are the academic performance of students and teachers, research impact, and much more.

It’s easy to get lost in the charm of a university in France and make the wrong choices. We’ve provided you with a detailed analysis of each college along with their best courses.

PSL is ranked first among the private universities in France and 52nd in the world. This brilliant college was formed in the year 2010 and consists of 9 colleges affiliated with it.

PSL enjoys a huge and dynamic employer reputation indicator score and ranks 20th in the world. The university has strong links with prestigious universities and employers to provide the best opportunities to the students.

To apply for PSL, do it via Parcours Up or you can also follow the Demande d’admission prealable procedure.

The academic reputation has grown over the years which brings this university to 42nd ranking in the world.

For university-level courses, you need to be B2 or higher in French according to CEFRL to get admitted to the top university in France.

It is offered in various domains like Biology, Physics, Chemistry, Mechanics, Computer Science, and so on.

ENS Paris-Saclay has recently made it under the world’s top 100, having the highest score on the faculty-student ratio indicator.

The university has also shifted its base to the most popular “Silicon Valley” which makes the environment research and business oriented.

It requires candidates to have studied for at least one year in a UG program of a foreign university and must have achieved brilliant marks.

You will need Campus France authorization for studying at Universite de Paris. Along with that, you will also need passport or ID card verification done to get admitted to this top private university in France.

Ecole des Ponts ParisTech has a minimum of 2000 students studying there. It is also a founding member of ParisTech.

Being one of the smallest French Universities, it ranks 242nd in the world currently.

An aggregate of 55% or 2 GPA is required to get admission to Ecole des Ponts ParisTech.

Each college has its specific official website where students can enrol themselves in various courses.

You need not be fluent in French to study in France. Various Universities provide courses in the English language.

No, you can pursue your studies in France without an IELTS certificate.

You can do it by visiting the official websites of respective universities.

At ForeignAdmits, we understand how important this decision is. We are here to help you every step of the way. Finding the right school to getting admitted and securing scholarships.

ForeignAdmits have a team of experienced counsellors. We can provide you with customized guidance based on your individual needs contact us today for great start. We look forward to helping you achieve your educational and career goals!