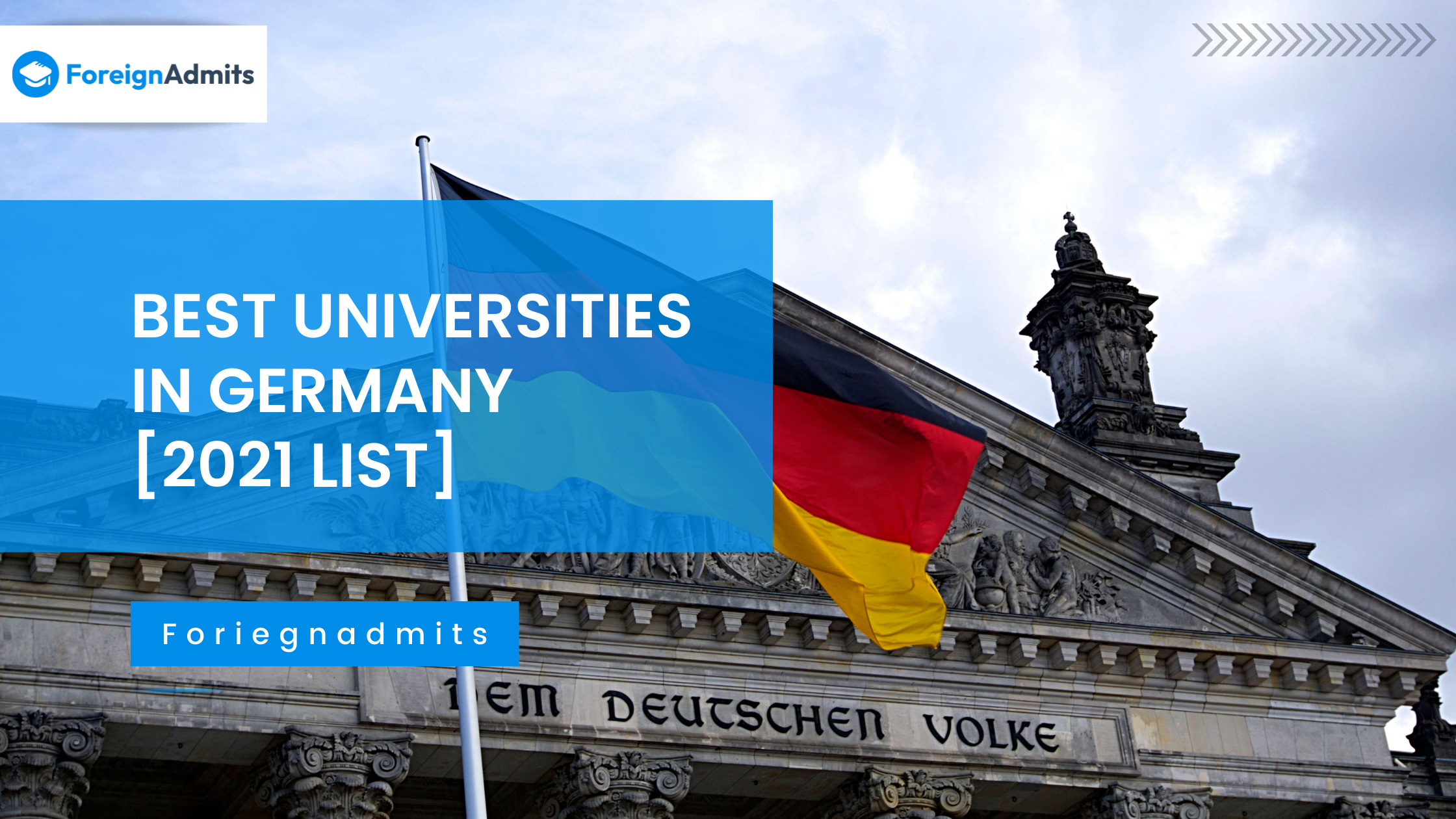 Germany is a higher education paradise. Unlike in any other country, in Germany, you will find many worldwide ranked universities, countless courses to choose among, globally valued degrees that promise high employability to you and affordable living costs.

Moreover, Germany has a long and rich history, a vibrant and dynamic lifestyle mixing the modern and the classics, the urban and the rural, which will immerse and make you love every second spent here.

When higher education is becoming a necessity due to the increased need for highly qualified professionals and the cost of attending university increases faster, Germany is the only top study destination whose universities charge no tuition fees.

A decision that came into power in October 2014 further stated that all international students attending a public university in Germany would be free from paying regular tuition fees. International students will only have to spend a few administrative costs like student contribution, student union fee and a public transport ticket which account for around €250 per semester altogether.

Germany also provides many undergraduate, postgraduate and PhD programs in various fields. Many top-ranked universities are there in Germany.

Hence, in this blog, we have a list of universities in Germany, which you could choose for your higher studies.

The University of Tübingen specialises in the humanities, natural sciences and theology. Further, the university is situated in Tübingen, one of the traditional German university towns of Baden-Württemberg. It is also famous for its boat trips and the beautiful architecture of its old town.

The university is associated with 11 Nobel laureates, mainly in the fields of medicine and chemistry.

Study in Germany for Indian Students

Charité – Universitätsmedizin Berlin is one of the largest university hospitals in Europe.

It can trace its roots back to 1710 when they built the hospital in response to the plague in Eastern Prussia. In 2003 it merged with other medical institutes in Germany and took on its current name.

Many famous scientists and physicians have worked or studied at the university. These include neurologist Carl Wernicke, psychiatrist Karl Leonhard and Rahel Hirsch, the first female medical professor in Prussia.

More than half of the German Nobel prize winners in medicine and physiology have studied or worked at the university.

The Technical University of Munich is the only state university dedicated to science and technology.

The university initially focused on engineering but has expanded to include natural sciences, social sciences, agriculture, brewing and food technology, and medicine. It offers many specialisms in engineering and information technology across three departments.

An overarching philosophy of “the entrepreneurial university” guides the institution’s development, which now has 15 departments across three campuses in and around Munich.

Since 1927, 17 Nobel prizes have been awarded in physics, chemistry and medicine to academics affiliated with the university.

In 2001, the TUM further founded a subsidiary university in Singapore, TUM Asia, providing international education to students in Asia.

Heidelberg University, founded in 1386, is the oldest university in Germany.

The university offers undergraduate and postgraduate degrees in 160 study programmes. Academics at Heidelberg have been responsible for founding sub-disciplines, including psychiatric genetics, modern sociology and environmental physics.

Close to 20 per cent of the student body is international, representing 130 countries. More than a third of doctoral students are international.

The university particularly excels for its innovative research and intellectual contributions across a range of subjects. Some 27 Nobel laureates have been associated with Heidelberg University, nine of whom won the prize while tenured.

Many influential politicians, philosophers and scientists are alumni or affiliates of the university, including Max Weber – the founder of modern sociology – and philosopher Hannah Arendt.

Heidelberg is known as the home of German romanticism, and the Old Town and castle are some of the most visited tourist destinations in Germany.

With the second-largest student population of any university in Germany, Ludwig Maximilian University of Munich – to use its full name – attracts many international students, about 13 per cent of the total student body.

LMU Munich was founded in 1472, making it one of the oldest universities in the country. It affiliates with 42 Nobel laureates, including renowned scientists such as Otto Hahn, Max Planck and Werner Heisenberg.

Since the end of the 18th century, the university has had a strong focus on natural sciences. Since the middle of the 19th century, it has produced world-leading research, discoveries and innovations.

The German Universities Excellence Initiative, launched in 2005, has poured funding into LMU Munich and other leading universities in the country.

How much does it cost to study in Germany for Indian students?

We have answered some questions for your ease.

Q1. Why Should I Choose Germany to Pursue My Degree?

Ans. Germany is home to some of the best universities globally, and students love this country due to its affordability, cultural diversity, and employability. Some universities in Germany are ranked among the top worldwide universities in the major ranking lists, ensuring that the country’s education system is top-notch.

Q2. Are There English-Taught Degree Courses in Germany?

Ans. Numerous International Degree Courses taught in English occur for international students who do not have sufficient knowledge of the German language to enrol in a course entirely in German.

Q3. Is education free in Germany?

Ans. Yes, most state-funded universities do not charge a tuition fee to their students but only charge an administrative fee at the beginning of each semester.

This was our complete guide on some of the best universities in Germany. We hope that we were able to resolve any queries you might have had.