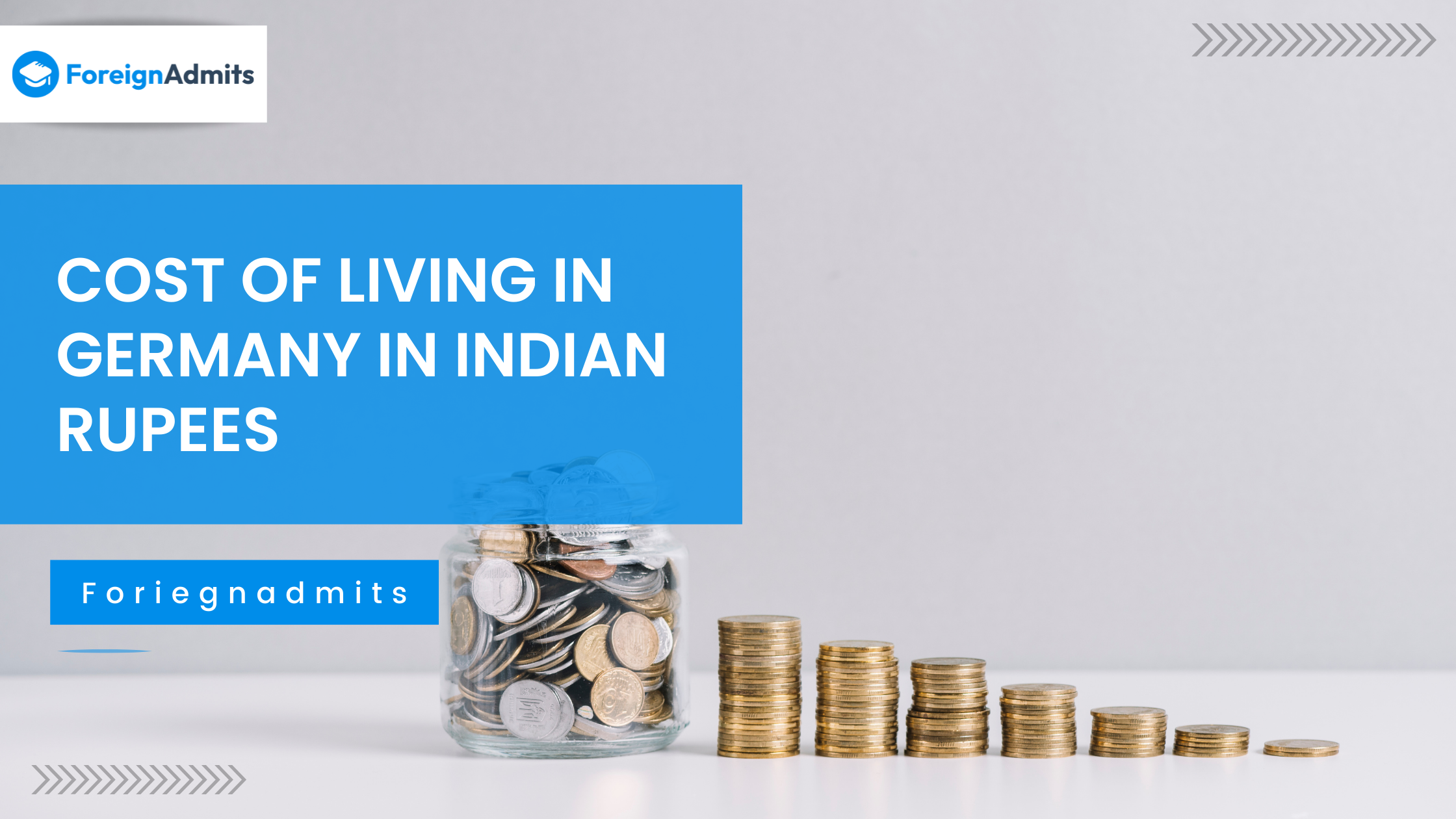 Germany is quite affordable in comparison to other European countries. You will need approximately INR 74,229 a month to cover your cost of living in Germany In Indian Rupees as of 2021.

The most expensive thing In Germany is rent, rest all expenses like food, utilities are at affordable prices.

While having the thought of moving abroad, we all think about our pockets, so we will examine the cost of living in Germany through this article.

Germany has relatively high housing costs, but it depends on the type of property you choose and the area you live in; even the ex-pats could buy property in Germany.

Cost of buying property in Germany

The cost of buying property in Germany usually varies according to your property’s type, size, and area. For example, house prices in Berlin have increased significantly in the last couple of years, with an average INR 336,230per square meter costs.

In general, average property prices per square meter for some of the major cities are:

Cost of rent in Germany

Usually, migrants prefer to live in a rented house. The most expensive German cities to rent are Munich, Frankfurt, Berlin, Düsseldorf, and Hamburg. The lowest housing costs in Germany are Bremen and Leipzig. Here is an average monthly rental fee for a 120 square meter apartment in Germany.

The easiest way to find a rental apartment in Germany is through an estate agent .the fees for estate agents are the landlord’s responsibility, so check how these fees are paid before signing a contract. Rent charges are paid each month. Utility costs, television, broadband, and waste disposal are typically charged separately.

Study in Germany without IELTS

Utility bills aren’t expensive as in us; the utility bill has to be paid quarterly.  The monthly internet in Germany is around INR 2,586–INR 3,448, depending on the package you opt for. Service providers also include a fixed landline charge.

Cost of public transport in Germany

Public transport prices are generally pocket – friendly and reasonable compared to transport systems elsewhere in Europe. Prices range from INR 5,172–INR 7,759 a month, depending on the city in Germany. On average, a one-way ticket is INR 232– INR 344, depending on the number of zones covered.

Buses are slightly less expensive than a taxi, but fares depend on the distance you are travelling. Like most countries, you pay bus fares on the bus rather than buying prepaid tickets, although monthly travel cards cover buses as well. Taxi tariffs start at around INR 275 – INR 310 but vary widely between cities.

Costs of studying in Germany

Germany has one of the global ranking universities. Public schools in Germany do not charge fees, so for migrants, it’s pretty money-saving if they enrol their children on public school. The alternative is to send your children to international schools in Germany; however, the tuition fees are more expensive than public schools. Average costs start around INR 1,379,408 and increase upwards of INR 1,724,260 a year for public high schools.

Expats living in Germany are required to have basic German health insurance. The cost varies depending on age, cover, and the health insurance company. Basic insurance for students starts at around INR 6,897 and from INR 13,794–INR 34,485 for professionals; residents of Germany have access to subsidised or free healthcare in Germany.

Cost of groceries in Germany

The expense of grocery items is usually not too expensive, but the cost can be higher than the local if you go to big supermarkets. You should budget for around INR 3,448– INR 4,310 a week per person for essential foods.

Cost of dining in Germany

Adding to the cost of living in Germany In Indian Rupees, residents in Germany pay personal income tax on income. Married couples are taxed on a joint income. Income tax in Germany is progressive, rising from an introductory rate of 14% up to 43%.

Social society contribution is generally high and accounts for 40% of the wage, but they cover health insurance, pension, unemployment etc. Germany’s social security and pension system is not part of the tax system, although deductions are generally taken directly from employees’ salaries.

1. What are the cheapest cities in Germany?

The cheapest cities in Germany. Chemnitz is the city with the lowest rents, and Dresden and Jena – two more East German cities are also the most affordable.

2. Is Germany expensive to live in?

Although tuition-free education in Germany saves a lot of money, there remains the cost of living. Germany is not an expensive country to live in as a student.

Q3. Is it appropriate for Indian to settle in Germany?

Ans. Germany is often regarded as the most welcoming nations for international students and professionals due to its well-developed system of education, thriving economy, high quality of life, and plentiful career prospects.

Ans. If any Indian wish to work in Germany, they must first apply for a residency visa that enables you to employ. Citizens of most other nations must get a visa. You must only register for one if you do have a job contract in Germany.

Q5. What is the cost of living in Germany in Indian rupees?

Ans. According to the FFO (Federal Foreign Office), you would require approximately €861 (or INR 72,610 estimated.) every month.