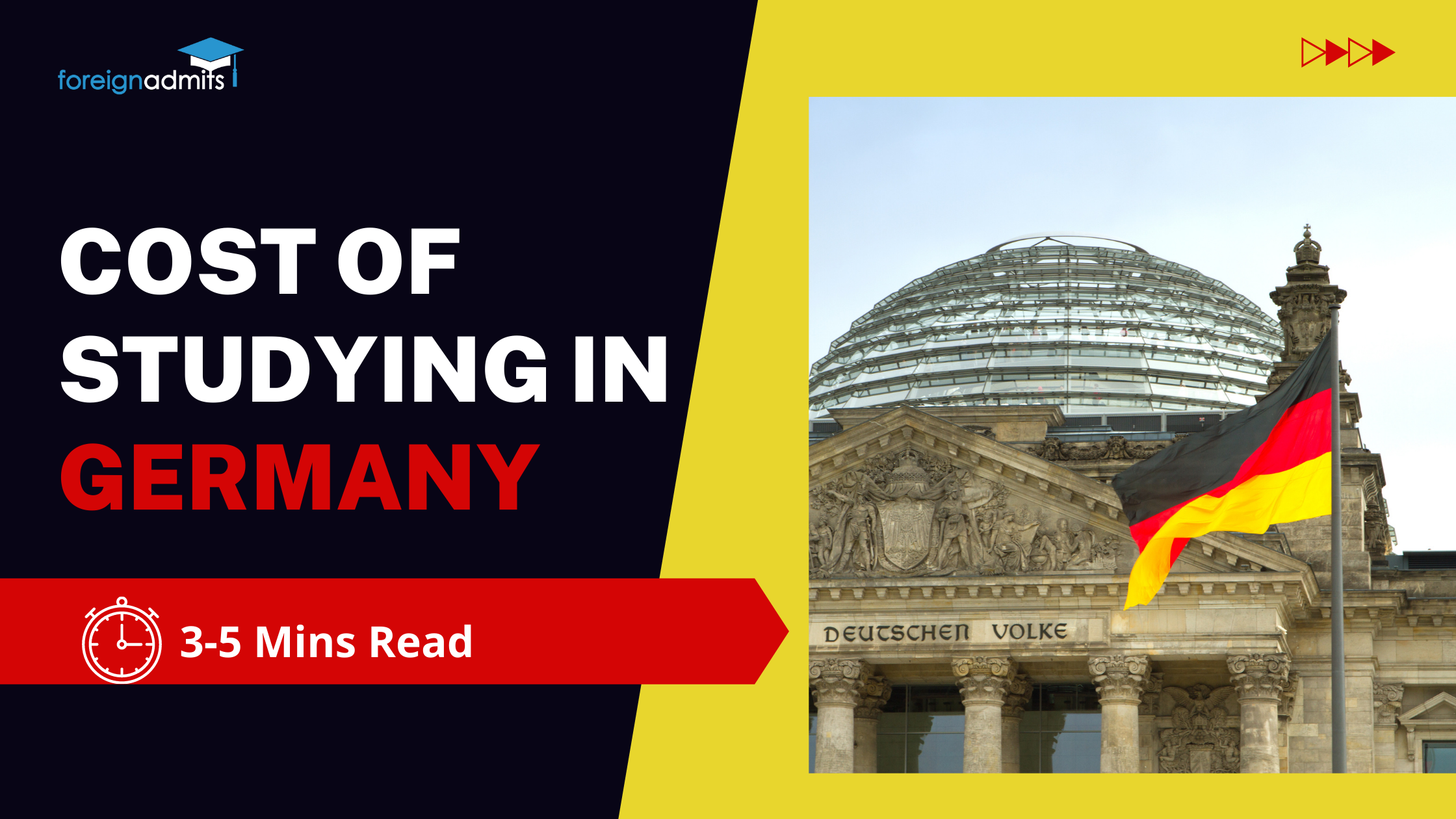 Germany ranks as one of the top five destinations to study in the world. The quality of education provided by the universities is top-notch and highly affordable for international students. Another reason, for which students prefer going to this country is due to the tuition fees. It is considerably low and inexpensive for candidates across the world. When we talk about the cost of studying in Germany, it includes tuition fees for colleges plus accommodation and living expenses. This blog talks about an estimate of the expenses you might incur while studying in Germany. After reading this article, you can get a fairly rough idea and plan your study- budget for your Undergraduate or Postgraduate degree.

Germany believes that Education is not a privilege but one of the Human Rights for its citizens. Keeping this thought in mind cost of studying in Germany when it comes to public universities is zero. Before 2014, these public universities charged a minimal amount to their students. But in 2014 the German government declared tuition fees as absolutely free at public institutions. The good news is, this step wasn’t just taken for the German citizens. It was in favour of international students as well. Learners only have to pay the administrative fee and other small costs per semester which is approximately 100 to 300 Euros (8,000 – 25,000 INR) depending on the university.

On the other side of the story, private universities have the full freedom to decide upon the fees. Besides offering very affordable fees, many universities offer fee waivers and scholarships to deserving candidates often on the basis of merit or application.

At most, the cost of studying in Germany at private universities can go up to €30,000 per year. This amount is still way lower than what one can expect to pay at a quality institute.

Private institutions in the country are also known for their specialized programs so that they can be potential competitions against those who offer free education.

Living expenses for studying in Germany

When you are planning to study abroad, there are a lot more factors you have to consider than just the tuition fees. Your living costs such as food, utilities, accommodation, transport etc., come at a certain price.

Under a particular law in Germany, each and every international student should have a balance of at least €10,332 in his/her bank account so that they can finance their studies for the first year at least. The logic behind this law is that normally, a foreign student spends at least €861 each month on her living expenses and studies.

According to our analysation of the costs, generally, a prudent student would tend to spend according to this list (approx)

A very big advantage of studying in Germany would be saving a huge chunk of money on tuition fees. Apart from it if you decide to share an apartment with someone you can cut costs on your living expenses. Habits like cooking, doing your own laundry, cleaning your own apartment would also take you a very long way to cut down on your expenses.

To know more about how you can save on your budget, check out Scholarships in Germany for Bachelors, Masters, and PhD – ForeignAdmits. You can also visit Career Counseling and Abroad Studies Guidance Platform | Foreign Admits for any assistance you need for fulfilling your dream to go to Germany.