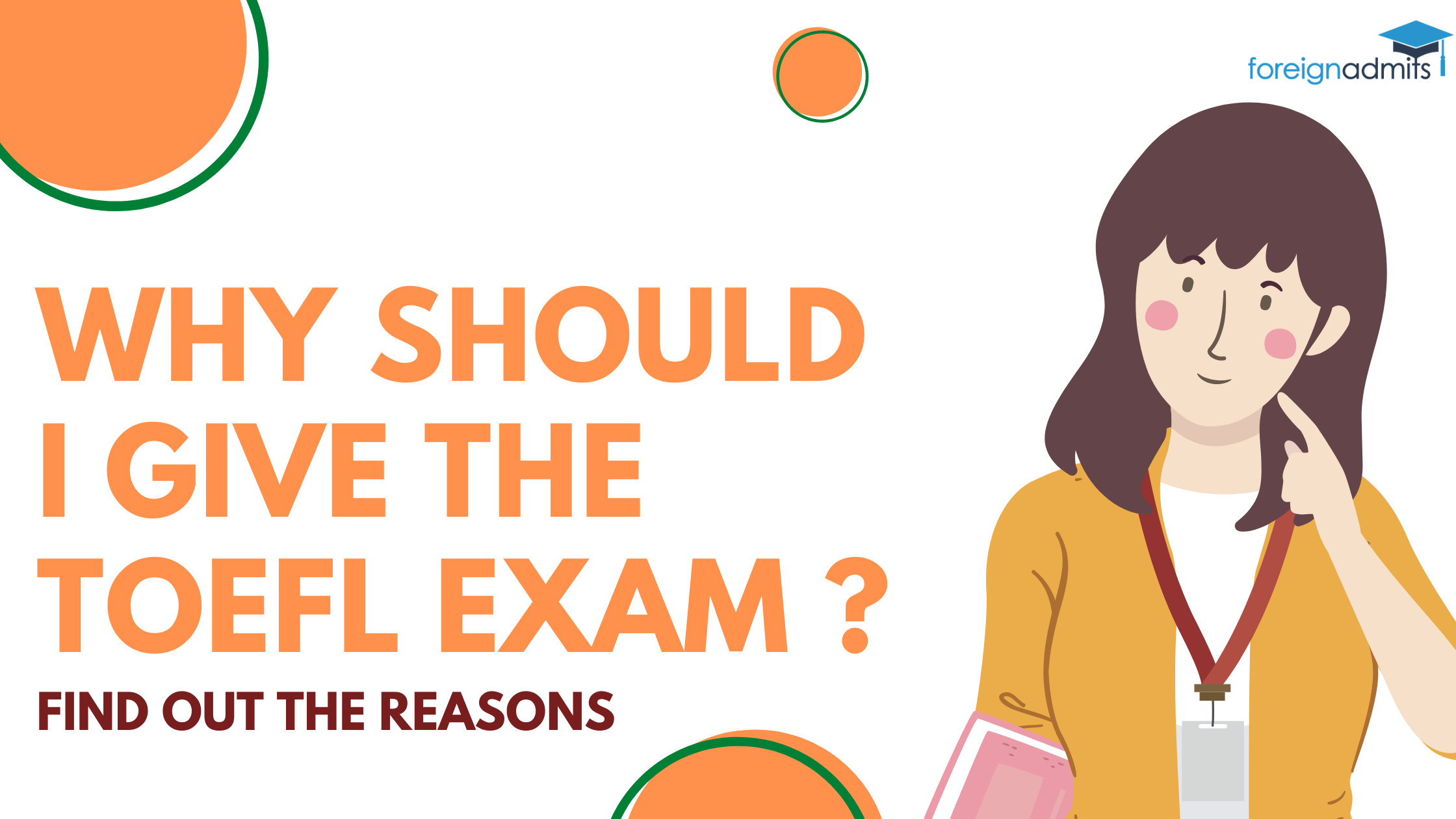 Among the various tests that assess English language proficiency, the TOEFL is a very popular one. It is well known for its 100% academic testing methods. It is conducted by the ETS (Educational Testing Service), the same organization that also conducts the GRE. Securing a score above average in the TOEFL gets you to places you could have never imagined. This could include your dream university as well. To choose TOEFL over other tests would bring on several added advantages as the following:

TOEFL is widely accepted in over 11,000 universities worldwide due to its familiarity and reliability in both testing and scoring. More than 160 countries, including native and non-native English-speaking countries, approve of this test and deem it relevant.

The TOEFL is a well-structured test that accurately tests all the four aspects of the English language. These include reading, writing, listening and speaking in an entirely academic environment. The test ensures that you have the appropriate language skills to survive, learn, interact, and grow in an actively English-speaking atmosphere. It comprises primarily multiple-choice questions, which enables the candidate to think analytically and build on basic options available in the test. Thus, a completely clueless response during the test mostly never arises.

The scoring of the TOEFL, also known as grade range, is depicted on a scale of 0-120, allotting 30 marks for each section. This grading system is easy to understand for both the University and the candidate. It is highly accurate as the test is not evaluated by a single examiner. It is reviewed by 3-6 reviewers or examiners detailedly. This allows for multiple views and ratings – another unique feature of the test.

The test takes approximately 3-4 hours to complete. It requires the candidate to set aside just half a day for it. This is topped by the fact that the test is conducted more than 60 times a year at various centers, thus allowing the candidate to choose his/her own time to take the test and book the next immediate slot if the current slots are filled. The exam is also available as an online and paper-based test, thus adding to its convenience factor. Due to covid-19, ETS has announced the TOEFL iBT Home Edition for test-takers who can’t make it to the center or if the center is closed on account of safety precautions. Moreover, the results for the TOEFL come out in just 15 working days of taking the test with feedback on the same.

The best thing about TOEFL is that it is so popular that plenty of preparatory materials are available for anybody seeking them online for free. The official website offers many free resources and a TOEFL iBT online prep course for learners. The internet is full of sample tests, preparatory courses, videos, and content to train you for the test. Booking a test slot is easy too, as it can be done from almost anywhere with just proper internet access, and centers will be allotted near you anyways.

IELTS Or TOEFL : Which One Is Easy?

Thus, these benefits make the TOEFL stand out from other contemporary English language proficiency tests. Moreover, choosing TOEFL is a more accessible and efficient way to make your way into your favorite university as quickly as you can.