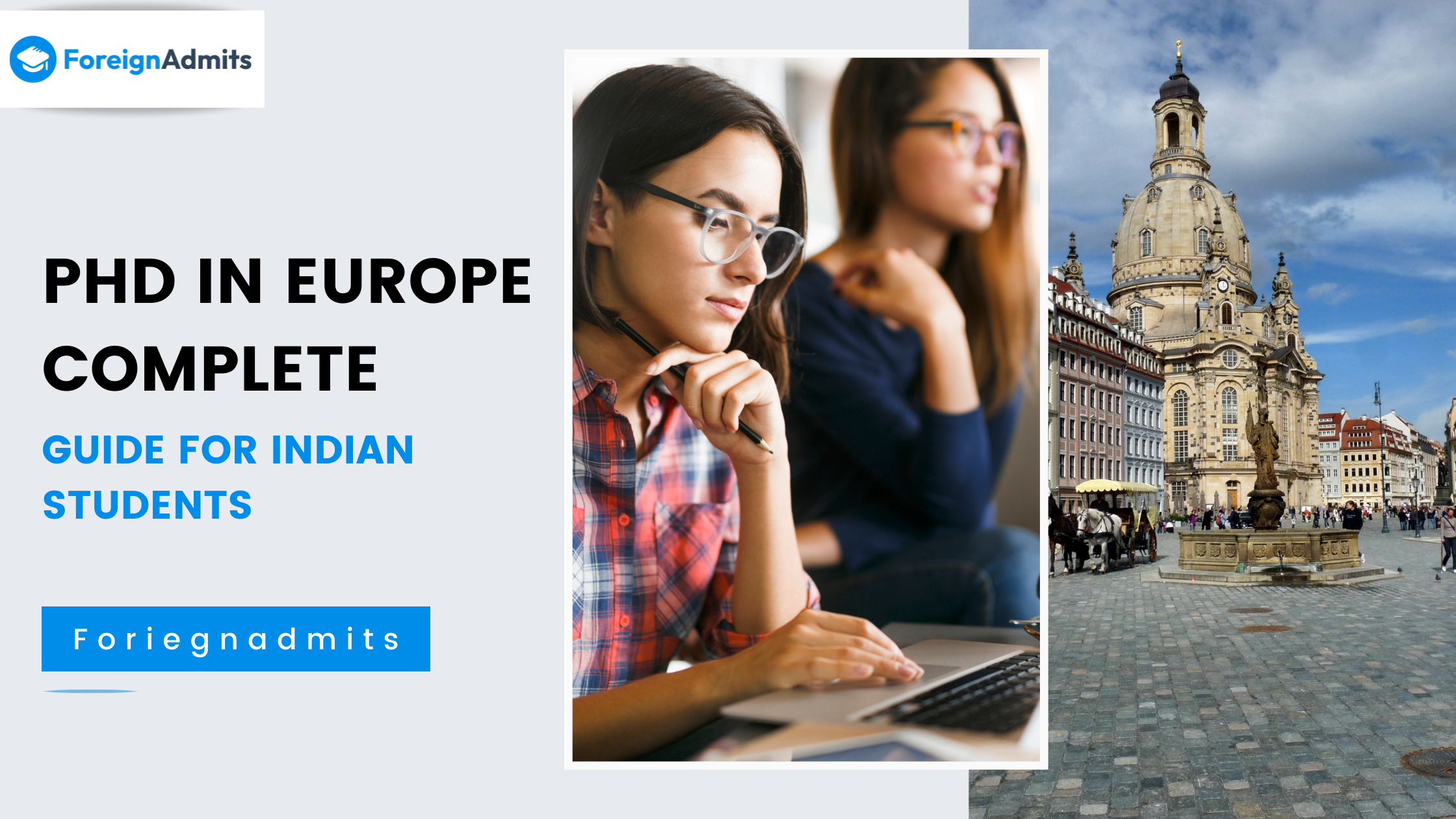 A postdoctoral degree is usually three to four years, which can be pursued only after completing a post-graduate degree.

Pursuing a PhD from abroad is always very delightful, and you also get to experience a new place while studying.

Europe is one place where you can get your PhD in your dream university with many benefits.

There are several countries in Europe where PhD tuition is both free and world-leading. As many students now choose to do, you could opt to pursue your studies free of charge or relatively inexpensively, in Germany, France, Finland, Sweden or Norway at world-class establishments.

This blog will talk about some countries you can consider while choosing a college for your postdoctoral program.

The European Higher Education Area (EHEA) is a network of 48 countries that share a standard system for university degrees. It is made up of all 28 EU members (including the UK) and other countries from elsewhere in Europe and Eurasia.

All EHEA members follow the Bologna Process, an agreement signed in 1999 at the University of Bologna (Europe’s oldest university). This organises academic degrees into three cycles:

Academic degrees from one EHEA country are automatically recognised in others. This makes it a lot simpler to study abroad in different parts of Europe or work in another European country with your doctorate.

PhD fees and funding in Europe

Each country in Europe is free to set its fees for doctorates and other degrees. However, EU member countries must charge the same fees to other EU countries as they do to their own students.

Other international students tend to pay more to study in Europe, but this isn’t always the case. Some countries charge no fees to any PhD students, regardless of their nationality.

Visas for PhD in Europe

Whether you’ll need a visa for a doctorate in Europe will usually depend on two things: your nationality and whether the country you wish to study in is a member of the European Union.

EU students don’t need a visa to enter other EU countries. You can do so freely for up to 90 days. During this time, you will need to register your presence and receive a residence permit to entitle you to live in the country long term and complete your PhD. The exact name and application process for your residence permit will be set by the country you study in. These conditions usually apply to EEA and Swiss students too.

Additional exceptions may also apply in some countries. Check our guides, or contact your university’s international office if you aren’t sure about your visa requirements.

Study in Europe without IELTS

Which countries provide the best PhD in Europe?

Germany is well known for its strong academic standards, high living standards, and free tuition (regardless of nationality)! As many as 43 German universities feature among the global top 750 in the QS World University Rankings® 2019, including Technische Universität München (61st), Ludwig-Maximilians-Universität München (62nd) and Ruprecht-Karls-Universität Heidelberg (64th).  German cities featured in the QS Best Student Cities include Berlin, home to the currywurst museum and fleet of uber-cool algorithm startups, and Munich, famous for the jolly beer festival, Oktoberfest, it hosts every year.

With 11 universities among the global top 300 in the QS World University Rankings, including Université PSL (ranked 50th globally) and Ecole Polytechnique (65th), France offers low PhD tuition fees to its public universities. Although the cost may be higher in a Grande École, public universities in France will charge a nominal fee of approximately €380 (~US$440) a year. Top student cities in France include Lyon, Toulouse, and Paris, which is consistently ranked in the top five of the QS Best Student Cities index thanks to its low tuition fees and high concentration of internationally recognised universities.

Tuition fees are entirely free for all PhD students in Finland, regardless of nationality. And Finnish capital Helsinki, ranked 75th in the QS Best Student Cities, is home to two of the world’s top 150 universities, the University of Helsinki and Aalto University. Also noteworthy are Finland’s wide, open spaces and incredible natural phenomena such as the eerie midnight sun and the gorgeous Aurora Borealis, which fires up the Finnish night sky about 10 to 20 nights a year.

Cost of MS in Germany for Indian Students – Get Insights Here!

The EU country with the highest percentage of renewable energy, Sweden, has no less than 29 gorgeous national parks and 4,000 nature reserves. The progressive politics for which it is known are also reflected in its higher education system. Tuition is free for all students at the post-doctoral level in Sweden. There are quite a few scholarships available to cover living costs via the Swedish Institute, for instance, or individual universities. Eight Swedish universities feature in the global top 350 in the QS World University Rankings, including Lund University, ranked 92nd in the world, and KTH Royal Institute of Technology at joint 104th.

Concluding our look at European study destinations for a PhD degree with another Nordic nation, tuition at public universities in Norway is free for all students, regardless of nationality. You will need to pay a small semester student union fee to cover things like exams and sports facilities, which is typically no more than NOK 300-600 (~US$36-72). Of course, as with all Nordic countries, living costs are still high, meaning you’ll likely want to find a scholarship to help. There are four Norwegian universities in the QS World University Rankings, led by the University of Oslo at 135th.

FAQ’s on PhD in Europe

Ans. You will be surprised to know that many universities in Europe provide tuition fee-free PhD courses to all its students, locals, and international students.

Q2. Which PhD pays the most?

Ans. According to Payscale, science, technology, engineering, and Mathematics (STEM) research, PhDs tend to pay the most. Electrical & computer engineering is America’s most lucrative PhD, with early-career pay reported to be approximately $102,000.

Q3. How long is the PhD degree?

Ans. However, the duration of a PhD program varies based on the university. On average, this program is three to four years long.

This was our guide on pursuing a PhD from a European country. We further hope we were able to resolve any queries you might have had.