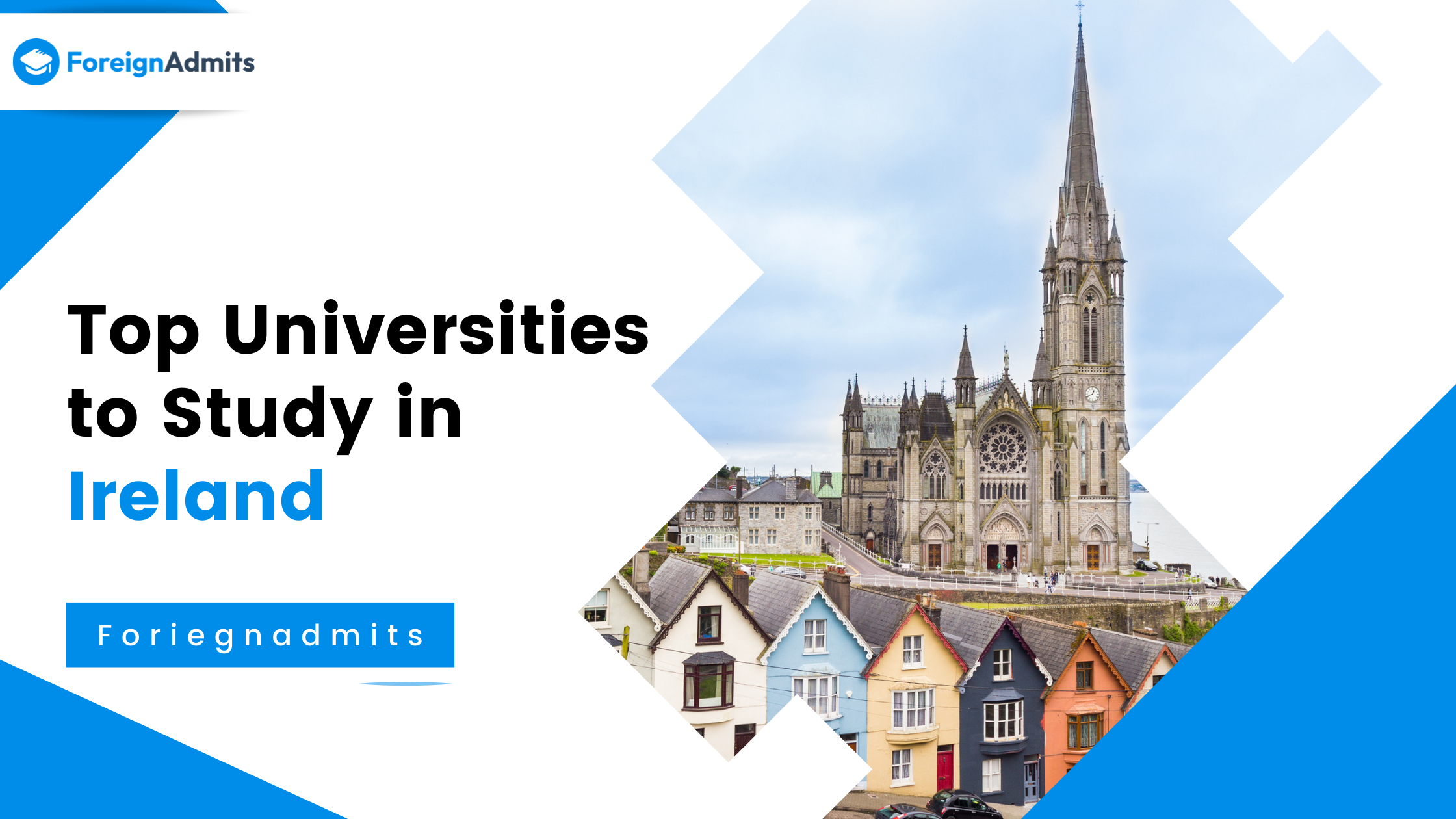 Ireland is home to several top-ranked universities, all with a global reputation. It is also known as “The Land of Saints and Scholars” because institutions, monasteries, and colleges date as far back as 500 AD. Since then, Ireland has been able to form some of the world’s best universities, famous for delivering excellent education to international and domestic students. Here, we shall see some Top Universities to Study in Ireland.

It is also one of the safest and most tolerant countries globally, which has made it a popular student abroad destination amongst international students.

Those seeking to pursue their foundation, undergraduate or postgraduate pathways in Ireland can do so in one of its seven public universities. All these universities rank within the world’s top 700 in the QS World University Rankings.

With that, we’ve compiled a list of the top universities in Ireland, which might help you make an informed decision on choosing a university.

Spread across a bustling 47-acre campus in the very heart of Dublin city, Trinity College Dublin (TCD) is the best university among the Top Universities to Study in Ireland. It was founded in 1592 by Queen Elizabeth I, and since then, this historic university has been a world leader in high-quality, internationally-recognized education. It is one of the most elite academic institutions in Europe, particularly in Law, Literature, and Humanities.

The university offers a wide range of programmes available across its three faculties and 24 schools. There are more than 17,000 students and 2,860 members of staff, forming a vibrant international community at the university.

University College Dublin is one of Europe’s leading research-intensive universities that was established in 1854 as the Catholic University of Ireland. The university has more than 160 years of rich cultural heritage and has made significant contributions to modern Ireland. It has more than 33,000 students from 136 countries around the world.

It is the largest university in Ireland, offering more than 400 programs in Undergraduate and Graduate studies across various disciplines. UCD ranks in the top 1% of institutions worldwide as per QS World University Rankings.

The National University of Ireland Galway is a public university established in 1845 and located in Galway in Ireland. According to the QS World University Rankings, it is ranked among the top 1% of universities and has been awarded the full five QS stars for excellence. NUI Galway comprises more than 18,000, out of which international students make up over 12 per cent of the student population.

The university offers more than 180 UG and PG courses across its five colleges. These courses include accounting, archaeology, art and ecology, business, English, engineering, etc. While studying here, you can be a part of any of the 110 active societies and more than 50 sports clubs.

Founded in 1845 as one of three Queen’s Colleges, University College Cork (UCC) is a constituent university of the National University of Ireland. It got the name Irish University of the Year five times and most recently in 2017. UCC combines a rich tradition of teaching and research with unrivalled academic programmes. It enjoys a global reputation that draws international students from all across the world.

The university opened its doors to students with three founding faculties: medicine, arts, and Law. At present, 21,000 students are studying in both undergraduate and postgraduate and research programmes. Students can be a part of multiple clubs and societies as there are 100 active societies and 50 different sports clubs.

Located on Dublin’s Northside, Dublin City University (DCU) is a reputed higher education institution in Ireland. It was established in 1975 but enrolled its first students for the first time in 1980. DCU has five campuses in various parts of the city that offer more than 200 programs under its five main faculties: engineering, business, science, humanities and social sciences, and education.

The university is young, vibrant and prides itself on offering excellence across all its activities. More than 11,000 students, out of which around 2,000 are non-Irish students from 116 different countries worldwide.

So, these are the Top Universities to Study in Ireland, which draw a vast number of international students. We hope this article will help you select the best option for your career.

You don’t have to worry about your place of stay while studying at any of these universities as there are several off-campus student housings known as Purpose-Built Student Accommodations (PBSA) available near the campuses.

Why choose Ireland for Masters?