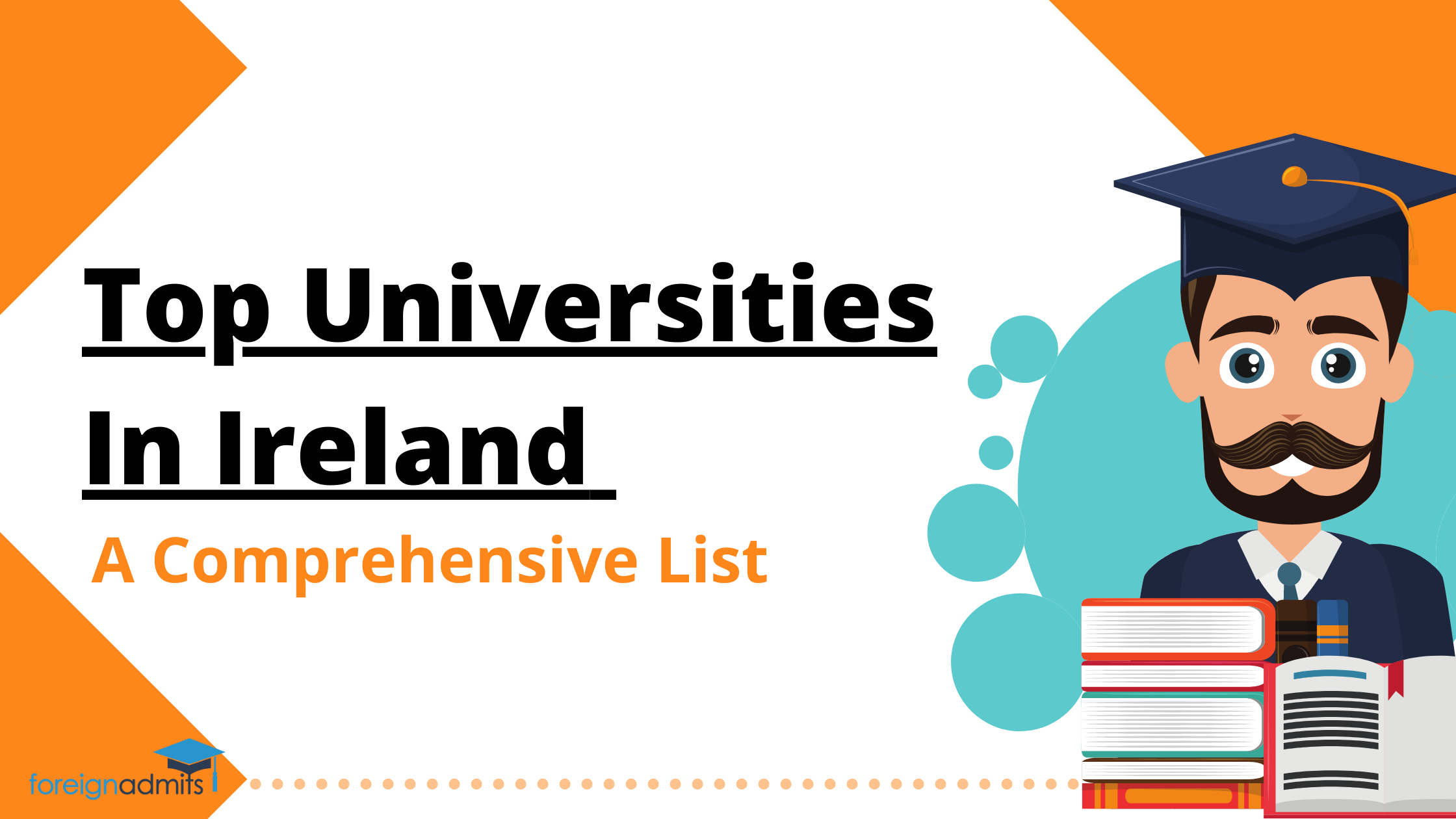 Universities, specialized colleges (which offer courses in a single subject area), and institutes of technology make up top universities in Ireland. The latter provides technology-related courses and a wide range of vocational programs in hospitality, healthcare, pharmacy, media, textiles, marketing, and many more.

In the QS World University Rankings® 2019, Ireland’s seven public universities and one of the 14 institutes of technology are all placed among the top 700 universities in the world. Ireland also contains seven private institutions, ranging in size from the tiny Burren College of Art (with around 200 students) to the massive Dublin Business School (with about 9,000 students).

Learn more about Ireland’s top five universities, all of which are among the world’s top 450.

Trinity College Dublin, founded in 1592, is oldest and top universities in Ireland. It is one of the UK and Ireland’s seven “ancient universities.” It is now Ireland’s most prominent institution, with a global ranking of tied 104th. The university has three faculties, Arts, Humanities and Social Sciences, Engineering, Mathematics and Sciences, and Health Sciences. They now have around 17,000 students enrolled.

University College Dublin, headquartered in Dublin, has its origins in the Catholic University of Ireland, founded in 1854. In the QS World University Rankings 2019, Ireland ranks joint 193rd, making it the country’s second representative in international rankings. The university has over 34,000 students enrolled, with five colleges, 34 schools, and 18 research institutes and centers. Many prominent graduates include James Joyce, the famed Irish writer, actor Gabriel Byrne, and Oscar-winning director and producer Neil Jordan.

The National University of Ireland, Galway, continues to rise in the QS World University Rankings 2018. Presently, it ranka joint 260th and receiving a five-star grade from the QS Stars grading system. The institution, located in Galway on Ireland’s western coast. It has about 18,700 students enrolled, and the campus is currently undertaking a €400 million reconstruction initiative. The institution takes pleasure in offering various unique programs. These include a BSc in Podiatry and a BE/MEng in Sport and Exercise Engineering.

Why is Ireland a Great Destination for Higher Education?